Turkey enables advantages to its partners through FTAs

The protectionist approach of the trade wars have been affecting even the economic unions and further increasing the necessity of bilateral agreements. Turkey has been focusing on Free Trade Agreements (FTA) to remove the tariff and non-tariff barriers to trade. Turkey is a party of 20 FTAs that are currently in effect. FTAs provide advantages both to Turkey and its trade partners.

While protectionist policies and conflicts on interest are becoming more influential in international trade, the importance of bilateral trade agreements is increasing in parallel. Turkey also has been taking steps towards expanding its share in global business by signing free trade agreements (FTAs) as an economic and commercial instrument.

Turkey's free trade agreements with third countries were laid by the country's export-oriented growth strategy that dates back to 1980. Within the scope of this strategy, 'finding new markets' and 'diversification of export products' emerged as the most critical targets. However, Turkey started to leave this track since the 1990s.

Turkey strived to increase its exports to the European Union through domestic incentives until the establishment of the Customs Union. The country is presently benefiting from the free trade agreements to remove the tariff and non-tariff barriers (quotas, ban on technology transfer) to trade.
In this way, the rules on exports and imports, quotas, and remission of duties become simpler and smoother for the signatory parties. Balances are built through the parties' mutual concessions, and these balances indicate smoother business operations and more business opportunities for the traders of both countries. 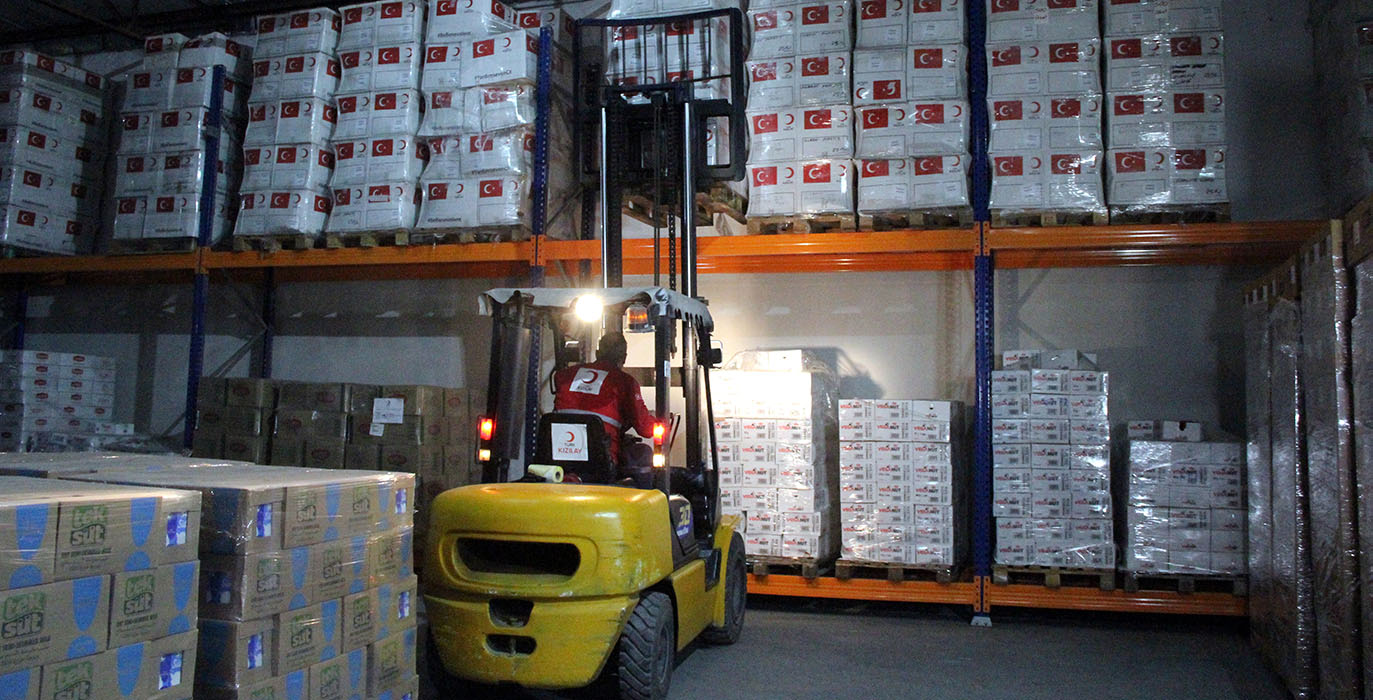 A total of 36 FTAs were signed since the first FTA signed with EFTA countries in 1992. Although, eleven of these FTAs were annulled due to the European Union membership of the signatory parties. Following the effectiveness of the FTA of 2017 signed with Singapore, Turkey focused on the initiatives to eliminate the barriers complicating the bilateral trade and proceeded the negotiations on FTAs with many countries in a vast geography extending from the Far East to the USA.

Progress has been achieved particularly on the texts that will build the agreement with Ukraine and a new initiative has been launched in North Africa. To this end, a step has been taken to initiate the negotiations on an FTA with Morocco. Moreover, talks with the United Kingdom on the protection of market entry advantages in the short-term and signing of an extensive FTA in the medium-long run are ongoing.

The FTAs signed so far simplify the business processes and enable the establishment of common rules in areas such as origin rules, investments, and intellectual property rights. While facilitating the trade flows, these agreements created economies of scale that reduced costs and increased resource productivity. As they stipulate the establishment of an outward-oriented competitive economic infrastructure, the agreements increased the international competitiveness.

Another advantage of the FTAs is the stabilization in the political relations of the parties achieved through these agreements. Partnership Councils and Partnership Committees built through the FTAs gather the top-level political and bureaucratic representatives. In this way, an environment for the review of new cooperation opportunities is enabled. Furthermore, the countries' awareness of each other's economic and business potentials increase, and the contacts between the business people become smoother.

OPINION REQUESTED FOR THE NEGOTIATION WITH UKRAINE

Negotiations on the signing of a Free Trade Agreement (FTA) between Turkey and Ukraine containing provisions on trade in services, facilitating the investments and e-commerce are in progress. To this end, the Ministry of Trade prepared draft agreements to be discussed during the FTA negotiations. The drafts were sent to chambers of commerce for their opinion. Related shareholders and foreign trade authorities' comments on the draft texts titled 'Chapter on Investment Facilitation' and 'Free Movement of Real Persons' and the provisions and points they find useful were requested. 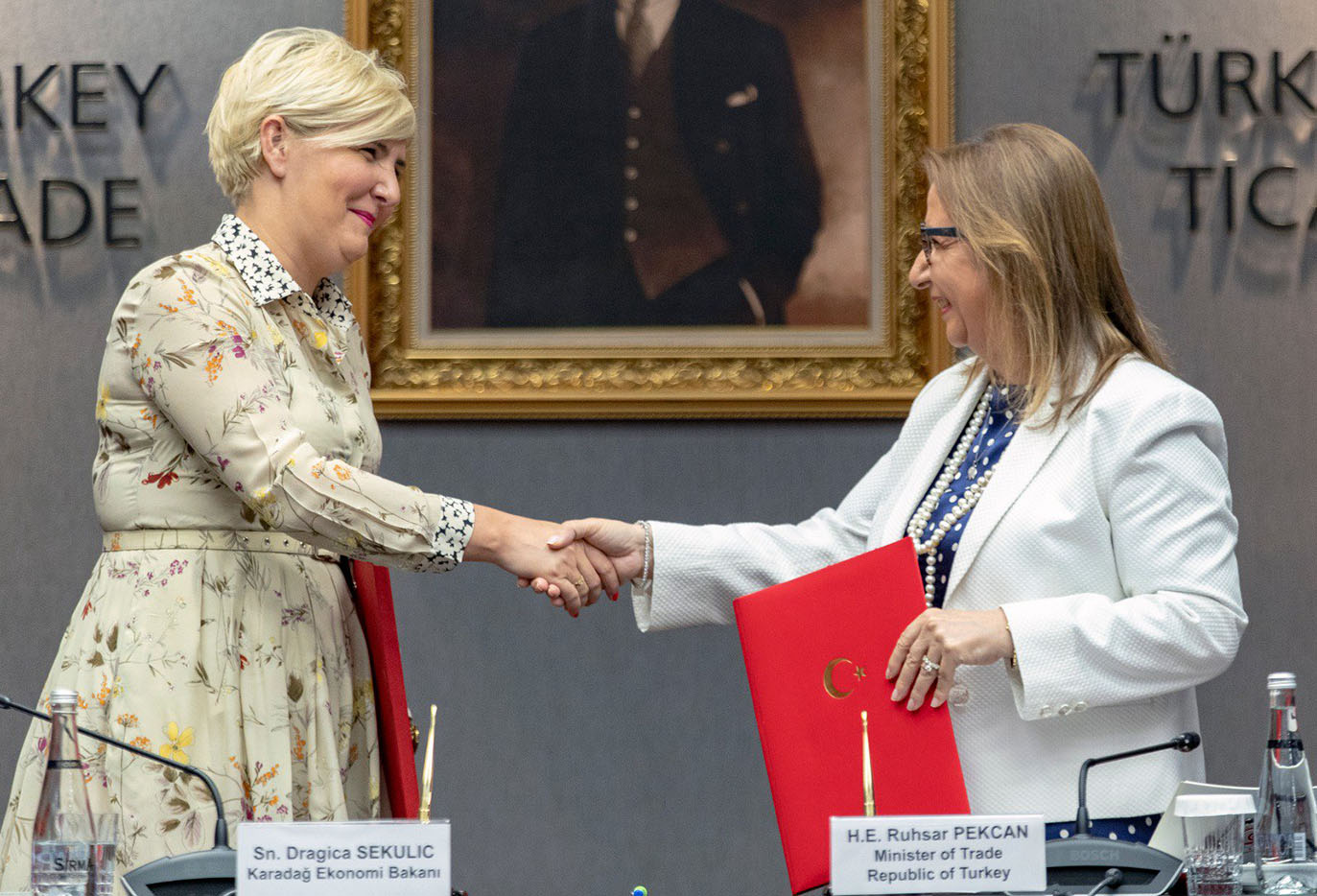 The FTA between Turkey and Montenegro was amended last year. This FTA became effective in 2010. Ruhsar Pekcan, Minister of Trade and Dragica Sekulic, Montenegro's Minister of Trade, signed a protocol extending the FTA at the meeting held in Ankara on July 17, 2019. 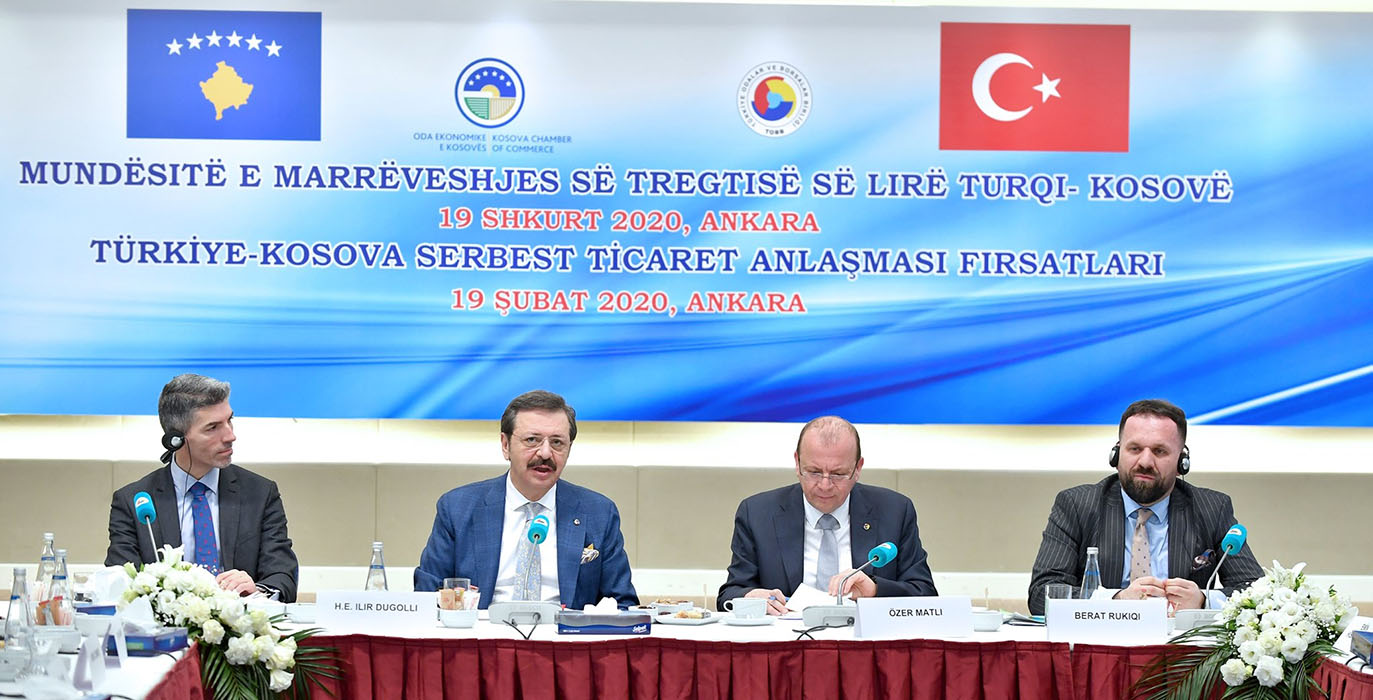 The provisions on the effectiveness of the FTA signed by Turkey and Kosovo was published on the Official Gazette dated September 1, 2019. This development to boost the trade volume is closely followed by the business realms of both countries. Ilir Dugolli Ambassador of the Republic of Kosovo to Turkey and Berat Rukiqi President of Kosovo's Chamber of Commerce attended the meeting in Ankara, hosted by Rifat Hisarcıklıoğlu, the President of the Union of Chambers and Commodity Exchanges of Turkey. Presidents of the commerce chambers of the cities and towns with a population of Balkan immigrants were quite interested in the meeting titled, 'The Benefits of the FTA between Turkey and Kosovo.' 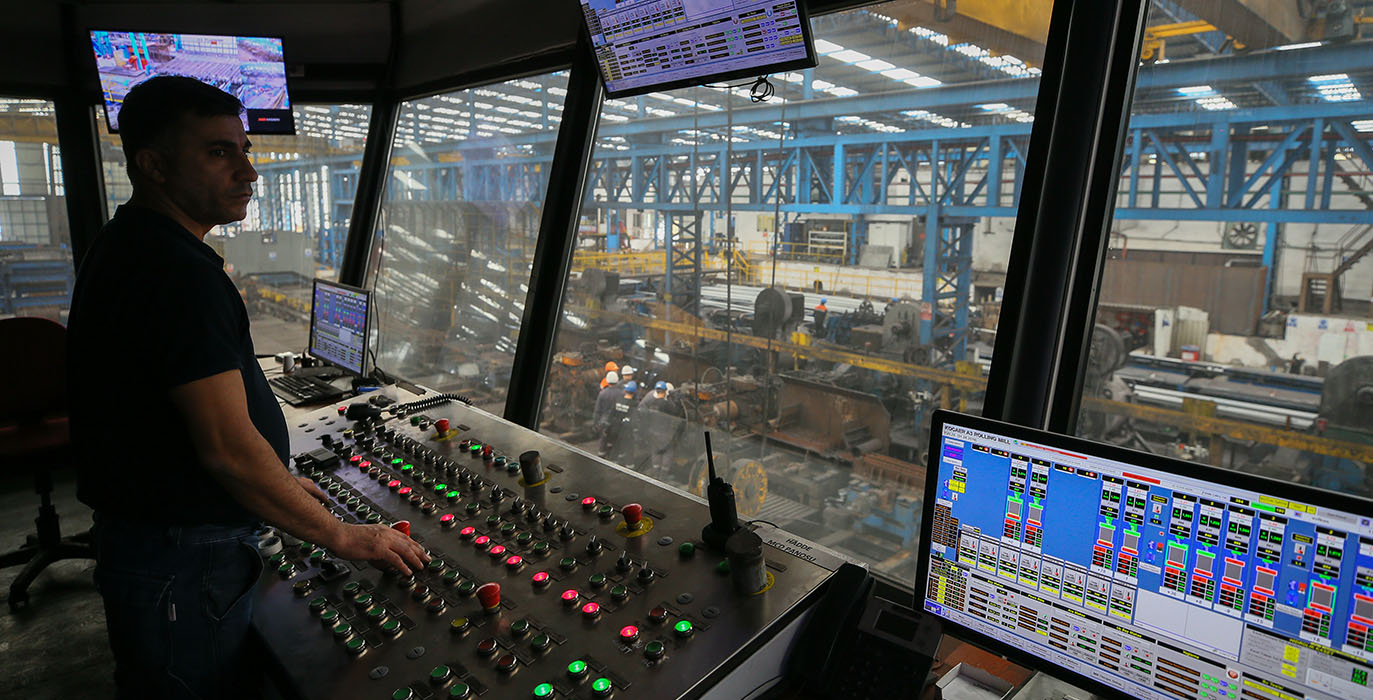 COUNTRIES IN THE NEGOTIATION PROCESS

Official negotiations on the signing of FTAs with 16 countries/ groups of countries are in progress: 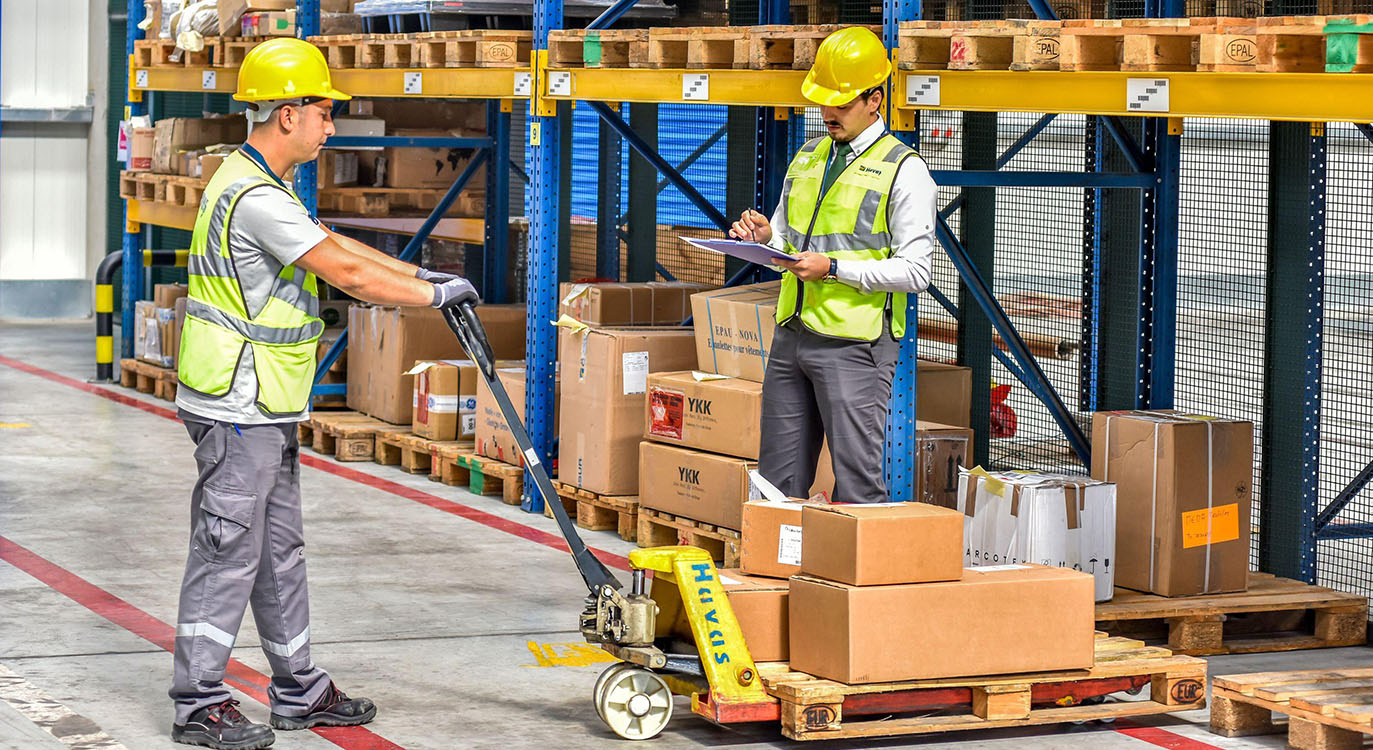 For details on FTA: https://ticaret.gov.tr/dis-iliskiler/serbest-ticaret-anlasmalari