Turkey’s discovery of 405 billion cubic meters of natural gas in the Black Sea; changed its energy paradigm. Now that the discussions on whether there were oil and natural gas resources in Turkey ended, the questions on the production process’ duration and how this development will affect the global market of energy.

The discovery of 405 billion cubic meters of natural gas at the Sakarya Gas Field off the Black Sea once again prioritized energy in Turkey’s agenda. Turkey’s technical know-how and its future accomplishments are being discussed within this scope, as well as the impact of the energy policies over the economy. Mehmet Öğütçü, Founder and Executive Chair of the Bosphorus Energy Club and Dr. Sohbet Karbuz from Bilkent University Energy Policies Research Center presented statements to Istanbul Commerce on Turkey’s groundbreaking natural gas discovery in the Black Sea and its reflections.

Mentioning that the production from the gas field in Sakarya in the Black Sea would become a tool in decreasing Turkey’s foreign dependency on natural gas, Dr. Sohbet Karbuz underlined the probability of achieving other discoveries with the momentum brought by this accomplishment. Dr. Karbuz added, “One of the most significant outcomes of the Sakarya field is its achievement of overcoming the ‘no oil and natural gas reserves exist in Turkey’ prejudice.” Commenting on the issue of yearly natural gas production from the new reserve, Dr. Karbuz continued: “It would not be right to speak of figures; we are at the bottom of the ladder. Then again, we may talk about certain exemplary cases. For instance, the Tamar field discovered in 2009 in Israel has a yearly natural gas production plan for 10 billion cubic meters. This field is also in deepwater and more or less, it has the same volume of gas as the Sakarya field. Producing even less than 10 billion cubic meters would also be critical for us. Another example is the Aphrodite gas field in Southern Cyprus. This field’s reserve is lower than half of Sakarya’s reserve, yet the field development plan was drawn up to produce yearly 6 billion cubic meters of natural gas. Therefore, we may claim that Turkey would be producing 6 to 10 billion cubic meters of natural gas from the Sakarya field per year.” 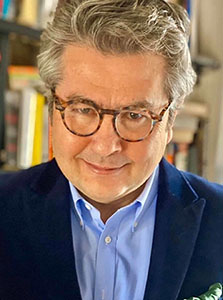 A COOPERATION OPPORTUNITY FOR GLOBAL COMPANIES

Mehmet Öğütçü’s comments on the discussions about cooperation with the global companies for the production process of the natural gas are as follows: “The discovery, its extraction, removal of sulphur, finding markets, its transportation cannot be achieved all at once. Even if all goes well, hosting countries’ enjoying the gains achieved by operating the resources will take a minimum of ten years. Without the essential finance, technology, know-how and experiences, success in Black Sea’s extremely challenging and over-costing surface and underwater conditions is more difficult than the Mediterranean. Therefore, cooperation or partnership with global companies is inevitable, particularly if production is launched by 2023. The present sources of the state-owned Turkish Petroleum Corporation (TPAO) may fail to suffice; they have to be strengthened severely. Perhaps, there is an opportunity for transforming TPAO and BOTAS, which are already planned to be offered to the public into globally competitive companies.” 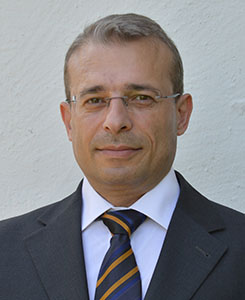 Regarding the effects of the natural gas to be extracted in the Black Sea on Turkey’s contracts with countries such as Russia and Iran or its contracts to be renewed, Dr. Sohbet Karbuz said: “A major part of the contracts of Turkey’s companies with foreign suppliers will terminate in the next five years. Yearly 18 cubic meter part of this will be ending by the end of 2021. Since the Shah Deniz-2 will be replace the natural gas extracted from the first phase of Shah Deniz through TANAP, the contracts on yearly 11.6 cubic meters should be considered. Of course, private and official projections on the size of Turkey’s natural gas demand in the upcoming years. Renewing the contract for an amount equal to the volume we get when the volume of natural gas produced from Sakarya gas field is deducted from this demand projection or extending it for a short while may be in question. Sakarya gas field will be empowering Turkey in terms of identifying the conditions or the price mechanism in the contract to be extended. This also applies to the contracts that will expire in the upcoming years. In other words, Sakarya gas field will increase Turkey’s bargaining power.”

HOW IS THE 3-YEAR’ TARGET POSSIBLE?

Stating that the sector’s average was 5 to 7 years for moving onto production after the discovery, Dr. Karbuz stressed that the same period did not apply for the Sakarya gas field and added: “Finding buyers and markets will not be a problem, nor will obtaining finance. There will be no wait for the investment decisions or red tape. A production platform will be developed and a pipeline for transporting the gas to the land will be built. Already there are several facilities on the land. Foreign service provider companies may be found easily for these tasks, tenders may be carried out, or partnerships may be formed. Therefore, it is possible to introduce this natural gas to the sector towards the end of 2023. Zohr field, discovered in Egypt in 2015, is a good example to illustrate that the production can be accomplished way faster than the sector average. With over double the volume of the Sakarya field, this field is the largest natural gas field to be discovered in the Mediterranean. There are merely 28 months between the date of discovery and the launch of the natural gas flow. Why shouldn’t Turkey achieve the same?”

A combo ticket to Asia-Pacific nations